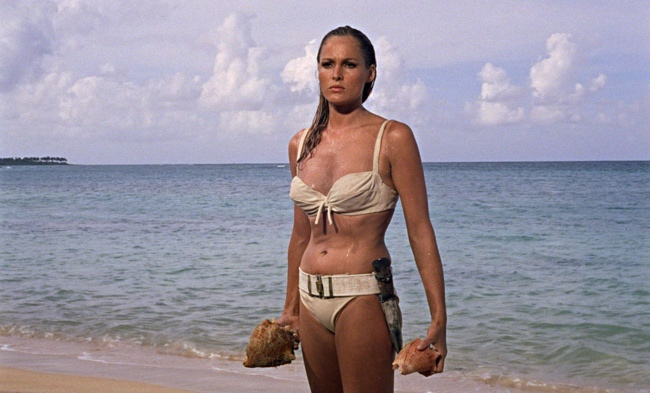 Long has the Caribbean, particularly The Bahamas, been entangled in a heated love affair with James Bond.

In fact, it was in the 1962 film Dr.No that actress Ursula Andress staged one of the most iconic moments in cinematic and fashion history. Then emerging from the crystal clear blue waters of Jamaica in a white bikini: a bikini that forty years later would sell for a sum appropriate to such a piece of Hollywood history, and one Andress would credit her career to.

The same, however, cannot be said for my cousin. For she wasn’t wearing a bikini, not a one-piece even, when she jumped in to a pool and swam in synchrony with a live slippery seal on the capital of The Bahamas. Posing naked for the opening scene of the 1977 film The Spy Who Loved Me, the underwater sequence would later be considered too risqué and cut by the film studio and director, Lewis Gilbert. Little did they know that in time the Bond series would be celebrated for such promiscuous preludes.

She did, however, keep her clothes on during the first few minutes of the film when Bond’s arch-enemy, Emilio Largo released her in to a pool of three live and one mechanical shark. Unfortunately her role was short lived as she was “devoured” by the latter. Thankfully though she is still with us today.