Today marks the 50th anniversary of Dr. No’s world premiere in London and what better way to commemorate such a momentous occasion than by celebrating the bonds that tie the hit films series to The Bahamas?  With the archipelago of 700 islands having played a leading role in the filming locations depicted in the James Bond movies – 4 in fact – and with the original Bond, Sean Connery, calling the islands home, how could we not? The man himself would have our heads. Here’s how to channel your inner Bond – whether you’re a jet-setter, an adrenaline junkie, or both, pack your tuxedo and your gadgets and experience The Bahamas.

In 2008 Louis Vuitton signed the legendary James Bond actor as the latest face of the brand. Connery captured here on a wooden landing on a beach near his Lyford Cay home in New Providence. The advertisement’s tagline reads: ‘There are journeys that turn into legends. Bahamas islands. 10:07’. To see a behind-the-scenes video visit here.


Film – Thunderball (1965)
Locations – Nassau, New Providence and The Exumas
Experience – No Moneypenny in sight to charm in helping you plan your getaway? Charter Saga Boy’s Cessna Grand Caravan – perfect for landing on the smaller runways of the Out Islands – and head to the Staniel Cay Yacht Club located in The Exumas. Here you can enjoy a less than 5 minute boat ride with the wind in your hair and a girl on your arm. The destination: Thunderball grotto, also known as “James Bond Cave” or “Golden Grotto” – the battlegrounds of the infamous underwater fight between the man himself and a small army under the rule of his arch nemesis, eye-patch wearing Largo. Keen for a more guided experience? Exuma Water Sports’ signature tour aptly called the “007 Thunderball Tour” is a first class and action-packed adventure; board a fast offshore powerboat and head to Thunderball Grotto where you will snorkel alongside a guide as he weaves through the caves, tunnels and canyons showing you various spots where scenes were filmed.
Did you know? – The Staniel Cay Yacht Club was used as a base for the stars and crew when filming the many underwater scenes seen in Thunderball?  The club has photograph lined walls to prove it. Or that Bahamian congo player King Errisson received his first “big break” at the age of 23 when his music drifted through the infamous party scene? Or for those of you visiting or living on New Providence you likely pass Rock Point, the house where the famed shark pool scene was filmed – also known in Thunderball as the Palmyra estate owned by Largo? For the exact film location click here.

Film – Never Say Never Again (1983)
Locations – Clifton Pier and British Colonial Hilton
Experience – At the British Colonial Hilton, which made its second appearance in the 1983 film Never Say Never Again, you can reserve the “Double-O” suite; order a martini, shaken, not stirred and enter a room where you will find Bond memorabilia, books and movies. Sorry gents, you won’t find Bond Girl Domino Petachi played by Kim Basinger waiting for you and ladies Sean Connery, or should I say Bond, will be working his charm elsewhere.
Did you know?  The British Colonial Hilton made its first appearance in the 1965 film Thunderball.

Film – Casino Royale (2006)
Locations – The One & Only Ocean Club and Albany Estate
Experience –  Serving as an idyllic backdrop in the remake of the original 1967 Casino Royale the crew spent six weeks filming at the One & Only Ocean Club, an ultra-exclusive beachside villa resort on the famed Paradise Island, where Daniel Craig stayed himself. For those of you drinking one of too many martinis in hopes of channeling your inner Bond don’t be alarmed to find that what looked to be a casino is in fact an elegant lobby, converted only to live up to its title. Should you wish to retrace the steps of Bond, you can reserve Villa 1085, a spacious four-bedroom suite with ocean views, private garden, swimming pool, personal chef, and 24–hour butler service. With a starting price of $10,000 that fits Bond’s budget do note that doesn’t include Bond girl Solange Dimitrios, actress Caterina Murino. Also be sure to take a stroll through the Versailles-like terraced gardens and 12th-century Augustinian cloister as they’re stunning in their own right but also were backdrops featured prominently in the film. If you recall the shot of skin-tight-swimsuit clad Daniel Craig emerging from the crystal clear waters, which I’m sure many of you women do, know the exclusive Albany House – formally owned by French film maker Jean Chalopin, the creator of the animated television series Inspector Gadget – served as arch villain Dimitrios’ beachfront home, it is now a private golf community partly owned by Tiger Woods. To book the One&Only Ocean Club which was recently given the much deserved bragging rights of “Best James Bond Location” by Conde Nast Traveller visit here.
Did you know? – The original Bond himself, Sir Sean Connery made a guest appearance at Speed Week Revival’s 2011 007 Island Tour – a rightly titled event given the number of Bond movies filmed on location in the Bahamas. This high octane, high speed tour, which is tailored for entry participants and a flotilla of press, stops at locations seen in the James Bond films and gives participants access to the ultra-exclusive Lyford Cay. This is a unique opportunity for collectors to not only drive their cars on public roads, normally forbidden, but also to drive alongside police outriders – no junctions, red traffic lights, one-way road systems or speed limits will impede the experience! For more information visit here. 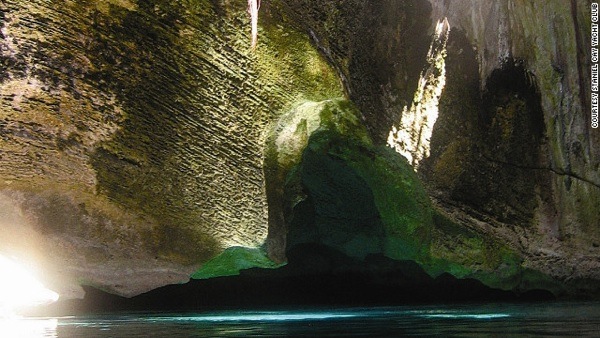 Now tell me where do you see yourself ordering your martini?