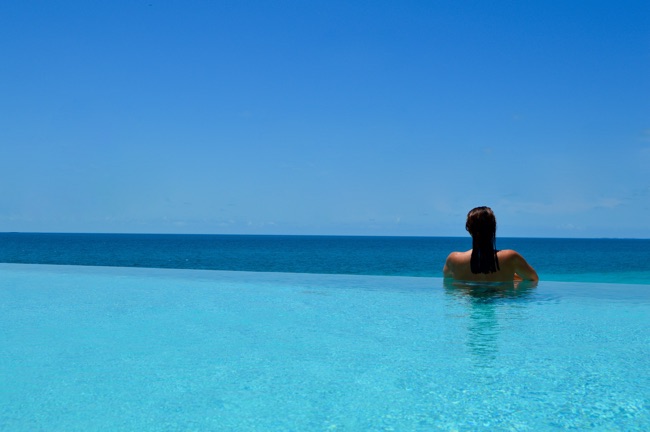 Lounging on a recliner, overlooking an infinity pool that pours towards one of two half-moon shaped beaches, I am torn between the need to request that the music be amplified and the desire to book a shockingly early morning yoga session with island yogi, Kalin Griffin. A quick exchange of emails decides that our paths won’t cross so I promptly reach for yet another bottle of rosé. But the expansive lawn at the tip of the peen continues to draw my attention. Come salute the dipping sun it almost suggests. It’s then the shrill of laughter echoes across the aquatic surface and back in to party mode I quickly bend.The mixed feelings continue to rotate during the length of our three-day weekend. Naturally, upon our return to the mainland, at hearing the welcome news of Enchantment Group’s – the same group behind “one of the world’s best destination spas” – acquisition of the Cove Eleuthera, I ponder what would I like to see changed, and what I would like see remain the same. Here’s what I hope is on the horizon for the Cove Eleuthera: 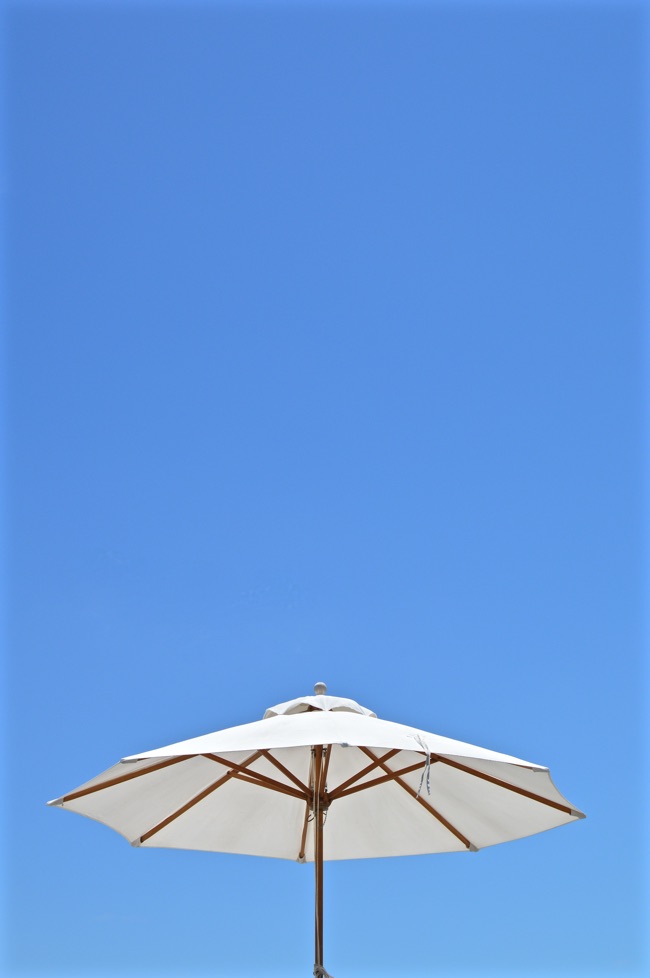 DISCREET COMMUNICATION
There is something to be said for first impressions, especially in an age when unique touches that distinguish one luxury resort from another are highly difficult to come by. It’s upon our arrival to the secluded gates of the Cove Eleuthera that we are asked for our beverage of choice. An unexpected question at first; not because liquid libations aren’t considered a symbolic form of welcome throughout the tropics, but because I’m curious as to how a lone security-guard will communicate such at the entrance to a long winding drive. Then I spot a head-set and watch the words discreetly whispered in to a mic. Later, in the shadow of an umbrella, lounging over a bed of sand, I place an individual logo’d flag, indicating my need for service and celebrating the resort’s overall running theme: that relaxation is key. 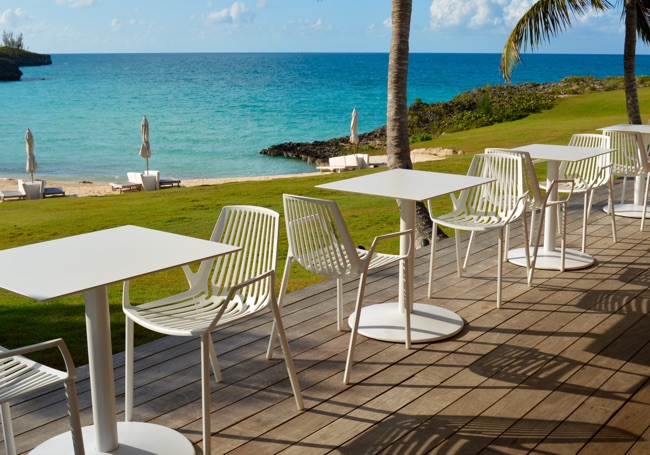 COOKING DEMONSTRATIONS
What is now an open-air beach bar serving grilled and sushi favourites, with an acute vision can be upgraded to an outdoor outlet at which seasoned chefs and nutritionists host cooking demonstrations. As several farms dot the elbow-shaped island and a deep ocean caresses its shores, a farm and sea to table dining experience can effortlessly be employed. 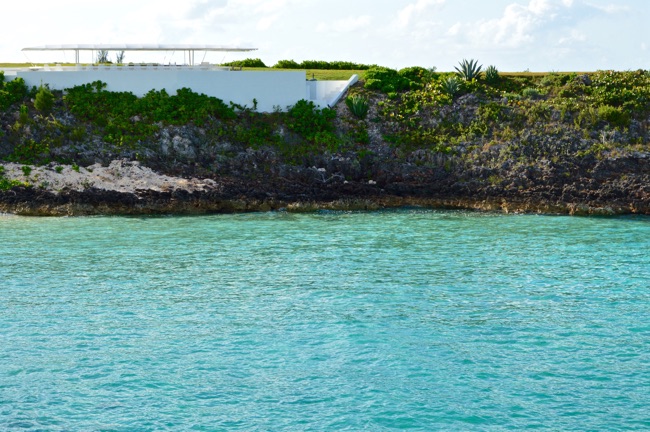 JUICE BAR
Similarly, at the top of the peninsula, carved in to limestone beneath a grass bed, is what I saw as an underutilized bar and under-appreciated ocean view. It’s here I envision the serving of fresh-pressed juices and healthy infused alternatives throughout the course of the day. 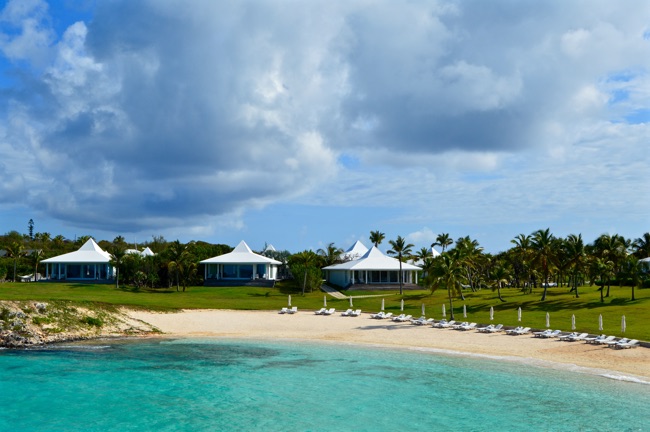 ARCHITECTURE
Sprinkled across acres of rolling garden, bordered by lush vegetation, are studios, cottages, villas and suites. Dressed in white, the smooth lines of the angular high pitched roofs contrast dramatically with the honeycomb limestone that separates two beaches. In hindsight, the Cove is the ideal setting upon which to spend a moment or even the better part of the day appreciating the island’s varying textures, for it’s across the landscape that they come in to sharp focus. 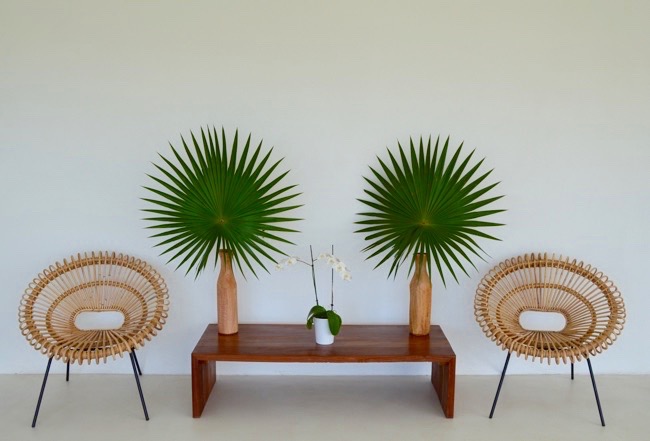 INTERIORS
A study in minimalist principles of design, the rooms are calming and uncluttered. Or perhaps calming because uncluttered. White tongue-and-groove walls typical of coastal design meet low-profile furniture that appear visually light to the discerning eye. Heightening the overall airy feel are louvered shuttered sliding-doors which screen the sun and lead to a modest private balcony. 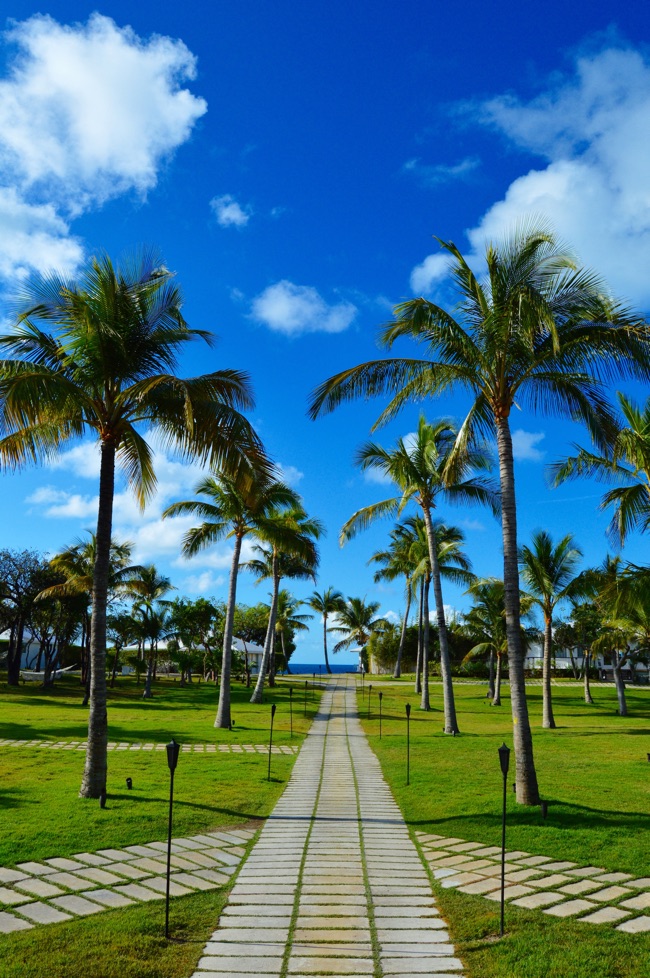 LANDSCAPE
Like the design and architecture, the surrounding grounds continue the celebration of modern simplicity. In tune with the symmetry lining the pool is a cobble-stone walkway lined with coconut palms. Void of any vibrant colours typically akin to the islands, the tropic splendour of the highly manicured landscape is heightened by the untamed beauty that defines the 110 mile island. 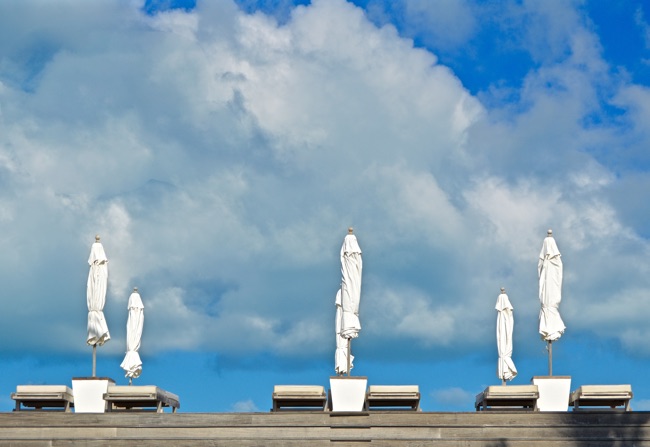 WELLNESS TOURISM
Whether the reason being Eleuthera’s untouched landscape or the Cove’s overall resort design, where existing as one I couldn’t shake the feeling that what the experience really warranted was the inclusion of a spa and scheduled fitness activities, both on and off the pristine property. Outside the resort’s gates landmarks such as the Queen’s Bath and the Glass Window Bridge beg to be walked to, crossed and climbed. And while the two sandy coves that hug the resort aren’t ideal for long walks on the beach, Surfer’s Beach, located a few miles south, could entice even the most unenthusiastic individual out of bed for a majestic sunrise and a lengthy secluded trek along a wave-crashed beach. Inside the gates, beyond the already complimentary aquatic sports, I saw a landscape that called for sunrise yoga and palm tree suspended TRX.

Thankfully, mixed feelings aside, the decision has been made for me to pick up a yoga mat and put down the rosé.
Book this property
Hotels
Leave a comment