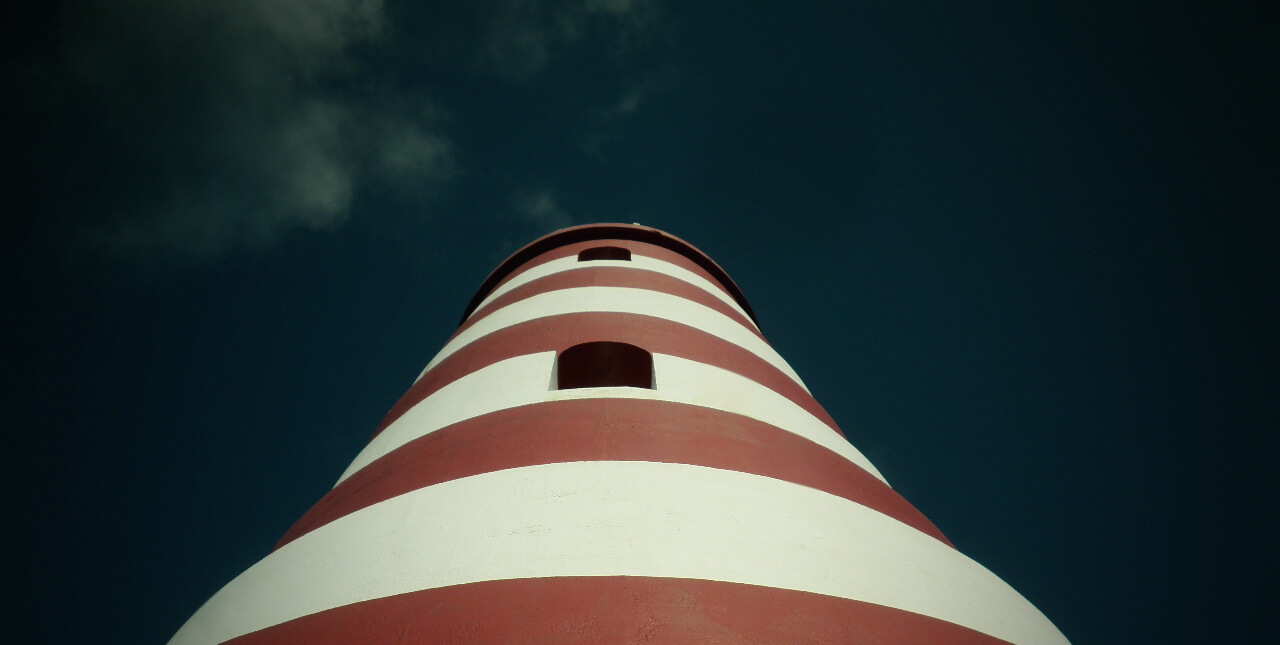 Standing on the Elbow Reef Lighthouse’s focal plane I look west to the treacherous shoals which are said to have claimed an average of one ship per month before the lighthouse was constructed in 1863. I think of the days before then, when captains faced the added danger of conflicting currents and their ships perished only to be salvaged by settlers in the neighboring settlement of 550 people. I hear their whispers of rumors and their uproar over the erection of the lighthouse. I picture their refusal of food and water to those who worked on the tower and low outbuildings, their greater efforts in sinking barges delivering building materials. I imagine the workers under the direction of the British Imperial Lighthouse Service facing such frustrations while digging the quarried limestone out of the hillside next to the light’s tower; their placing of brick over limestone so as to construct the building which stands at 89 feet, a total of 120 feet above water. To think, what a task it would have been – in the blistering sun, the ocean breeze being a tease and only offering brief respite. Drawing myself back to the present I feel the breeze humming a different tune and quickly duck back inside to escape the wind gliding over the Atlantic – the weather clearly having not received the message that hurricane season is behind us. My eyes sweep the circumference of the lantern room and here I picture lighthouse keeper Franklin preparing for another evening; his pulling on the rope lure, propelling kerosene filled containers upwards to the two large pressurized tanks which sit on the landing one floor below the lantern room. His taking down of canvases which cover the windows, protecting the room against fires caused by the strong Bahamian sunlight. His diligent hands pouring the pressurized kerosene and winding the first-order Fresnel lens. Becoming lost in thought as I descend all 101 steps of the last of three remaining non-automated hand-wound lighthouses, I wonder how much longer will this lighthouse withstand the test of time and the many changes happening in its shadows? How long can we preserve such history?

Experience Tip –  VHF radio the Hope Town Inn and Marina, have them pick you up for lunch then follow their path to the lighthouse.