Warning: "continue" targeting switch is equivalent to "break". Did you mean to use "continue 2"? in /nfs/c12/h06/mnt/220128/domains/700islands.com/html/wp-includes/pomo/plural-forms.php on line 210
 700 Islands » Lobster Breadfruit Fish Tacos 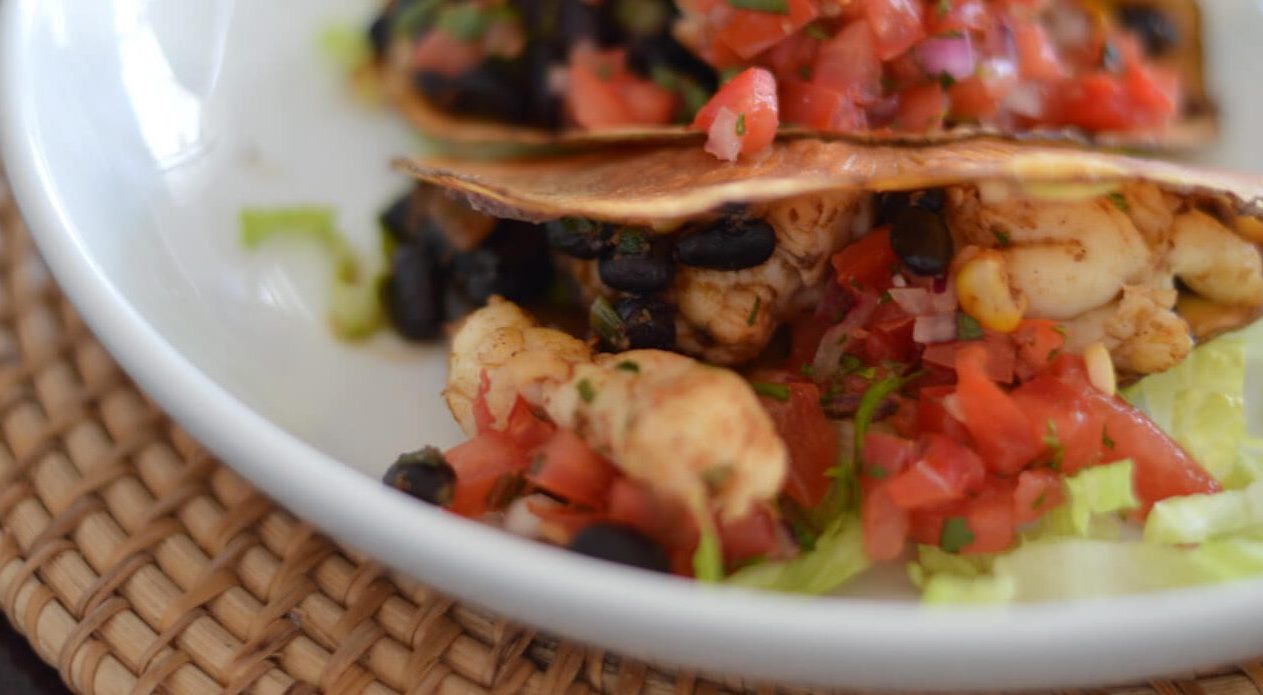 After nearly three years of navigating the Bahamas it has become somewhat second nature to pair an island with a particular dish. Case in point: Grand Bahama with Tim Tibbitt’s Stone Crab Three Ways, and Harbour Island with Lobster Breadfruit Fish Tacos. Now there’s a mouthful, pun intended. The latter dish, served at The Dunmore, was created by chef Cindy Hutson – the award-winning chef behind Ortanique on the Mile in Miami, and Ortanique in Grand Cayman – and it’s one that deserves to be admired from the inside out. Inside – for its taco inspired filling of Black Bean Coulis, Pico de Gallo, Guacamole and Cilantro Crema. Out – for its unique use of breadfruit. A fruit not indigenous to the Caribbean, nor one our ancestors would likely expect to dominate such a sophisticated plate 228 years later.

You see, the fruit has a long running history with the Caribbean that dates back to 1787. A time when pioneer Lt. William Bigh set sail for Tahiti on the HMAV Bounty. His mission: to transport the prolific seedlings of breadfruit from Tahiti to the botanical gardens in St. Vincent and Jamaica. Where, once replanted, the fruit would be cultivated to feed slaves at a far lower cost to plantation owners. But Bligh’s mission was met with six months of delays and ever worse, maritime mutiny. Twenty-three days after departing Tahiti, he and eighteen loyal crewmen, would be cast off to sea in a tiny 23-foot open lunch boat. The coveted breadfruit thrown overboard by the traitorous crew right before the captain’s eyes.

The mission an unequivocal failure.

It was almost two years after Bligh first set sail for Tahiti that he would return to England and attempt to complete the mission again, this time with two ships – the HMAV Providence and Assistant. Deemed a success, in 1793, 677 trees were planted in St. Vincent Botanical Garden and Bath Botanical Garden in Jamaica, and in 2015 the fruit fried, folded and shaped in the form of a crescent moon would appear on my plate. Making for one of my most historically inspired Caribbean eats to date.