Warning: "continue" targeting switch is equivalent to "break". Did you mean to use "continue 2"? in /nfs/c12/h06/mnt/220128/domains/700islands.com/html/wp-includes/pomo/plural-forms.php on line 210
 700 Islands » Ocean Atlas: the world’s largest underwater sculpture 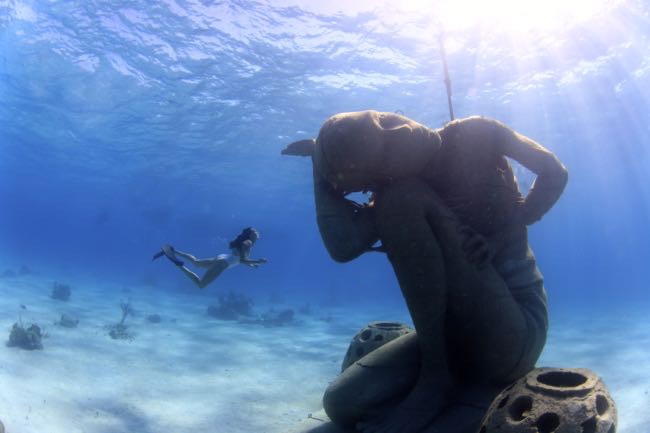 Forever unsuccessful at quieting a busy mind that always seems to be in motion. But find me in the ocean, hovering over a coral reef, and I am transfixed. Lost to time, and in a daze not to be interrupted. That is until I cross a network of coral reefs uninhabited by ocean dwellers, any hints of life. Covered in marks of damage made by boat propellors and more often than not, humans.

Ever the more reason for the Bahamas Reef Environment Education Foundation, in short BREEF, to commission underwater sculptor artist, Jason deCaires Taylor and two Bahamian artists to create the Sir Nicholas Nuttall Coral Reef Sculpture Garden. Named after the organization’s founder, the underwater world – located just off the coast of western New Providence – was built to draw mankind away from over stressed natural reef systems. In turn, giving the highly trafficked reefs the much needed time to rejuvenate and grow. 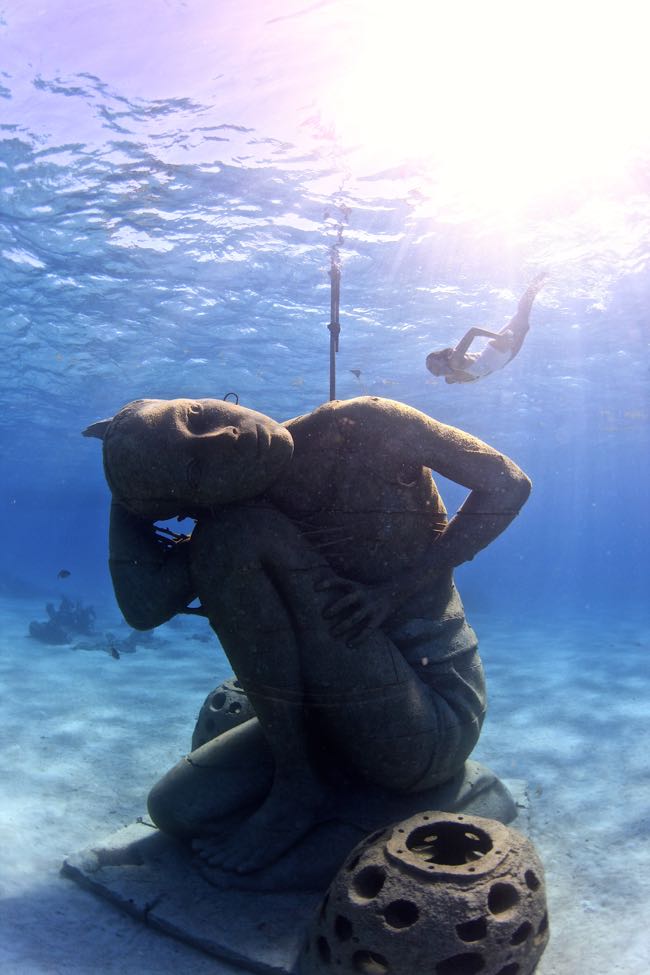 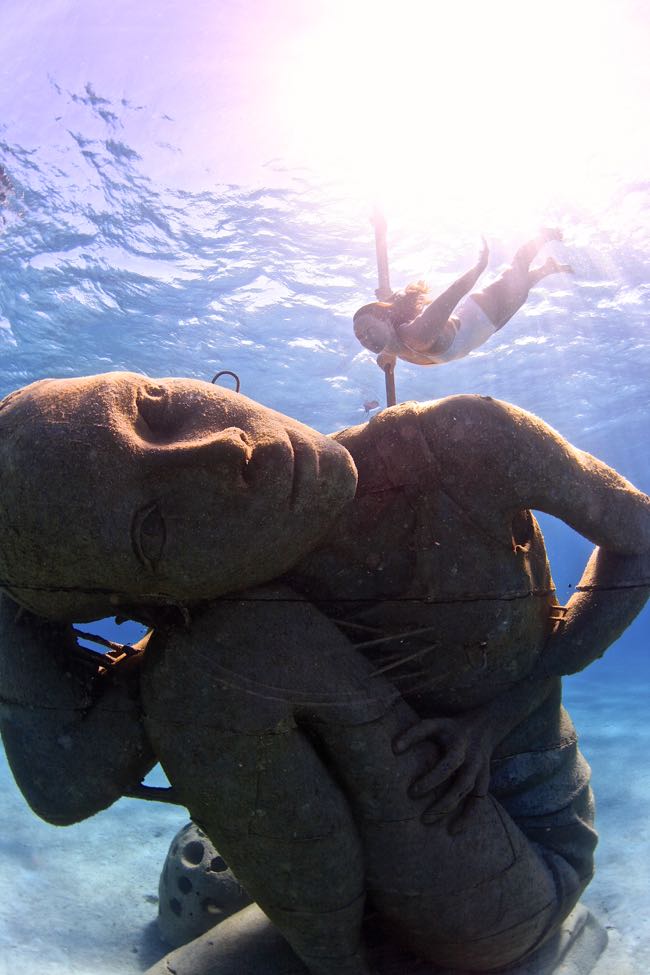 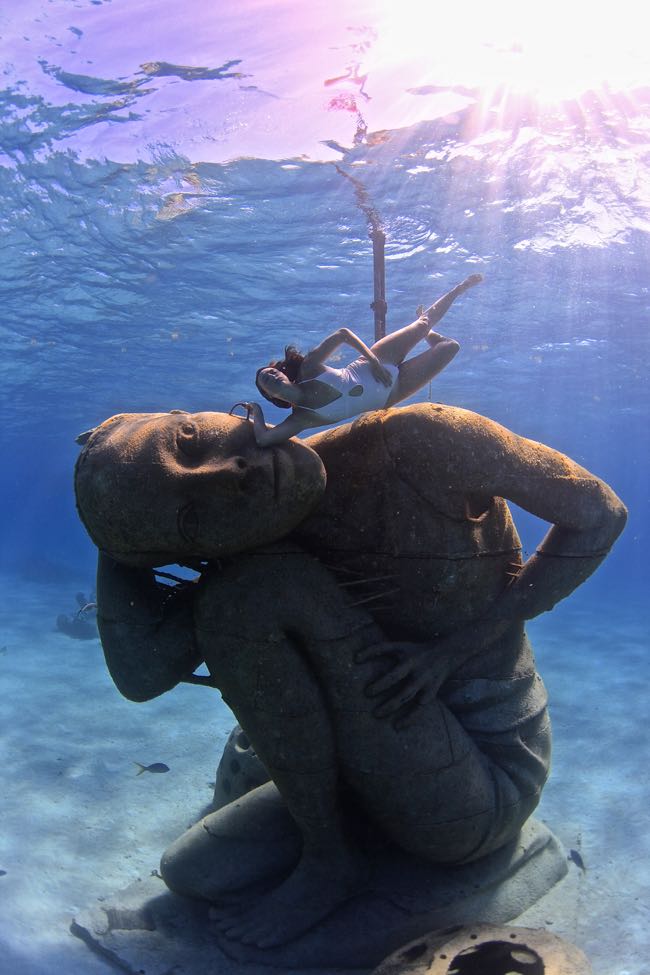 Breaking the surface I descend in to an art gallery dressed in blue, as opposed to the expected white. Here mother nature controls the lighting. The height of the canvas altering with each rise and fall of the tide. Like the ocean, the art, while stationary, is ever in transition. Over time transforming from rock to living artificial reefs that beckon and sustain sea life. 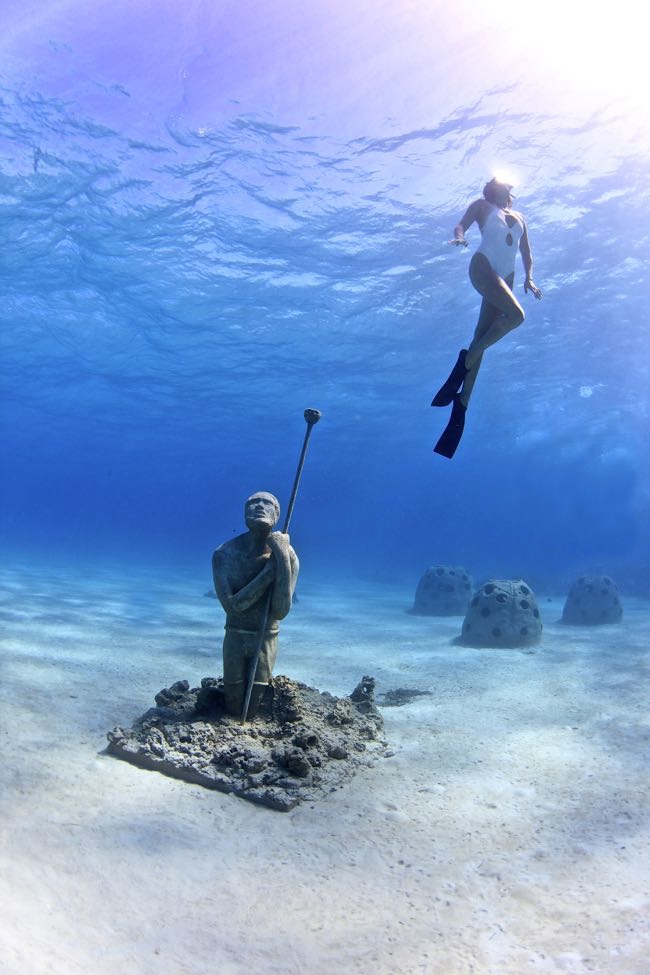 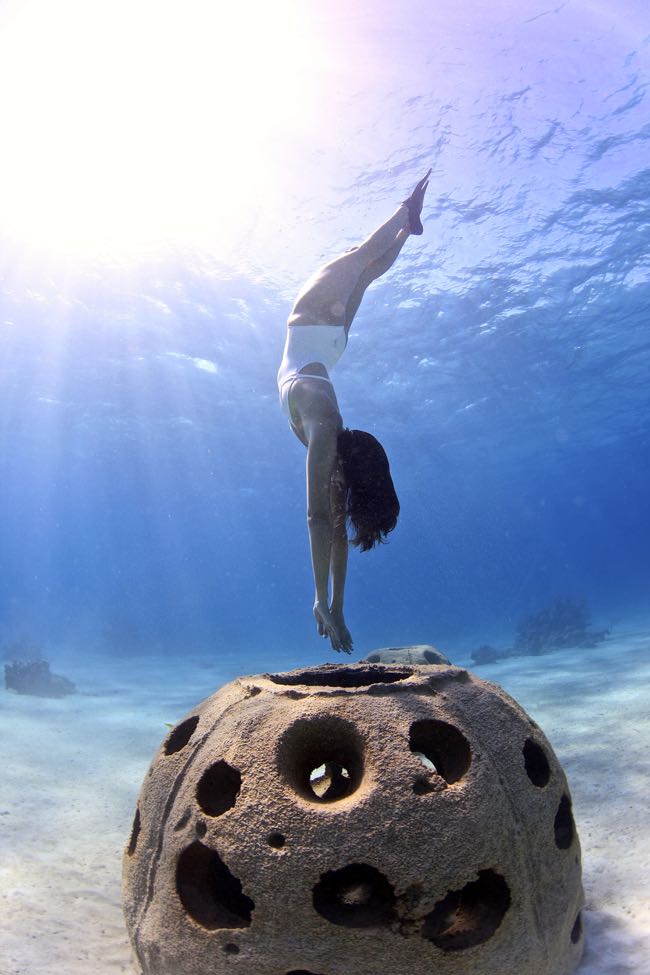 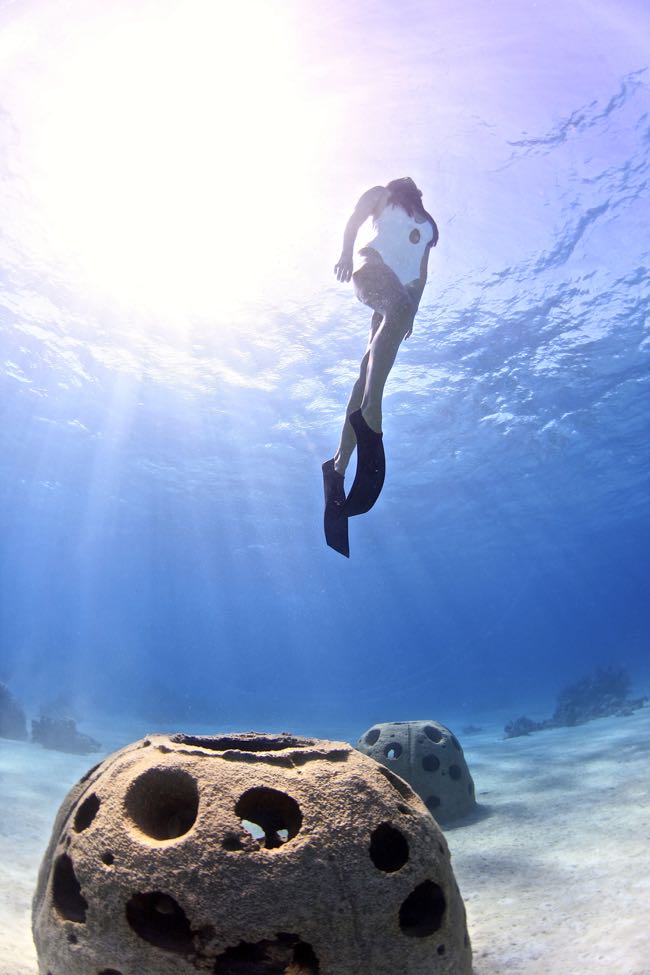 At 25 feet I swim alongside Virtuoso Man, a creation by Bahamian artist Willicey Tynes. Then I glide over Andret John’s “Lucayan Mask.” Finally, I swim alongside Ocean Atlas, the world’s largest underwater sculpture in the form of 18-foot-tall statue of a young Bahamian girl who at low tide appears to be holding the weight of the ocean on her shoulders. Her presence symbolizing the burden we are asking future generations to carry and calling in to question the power we have to prevent its collapse. 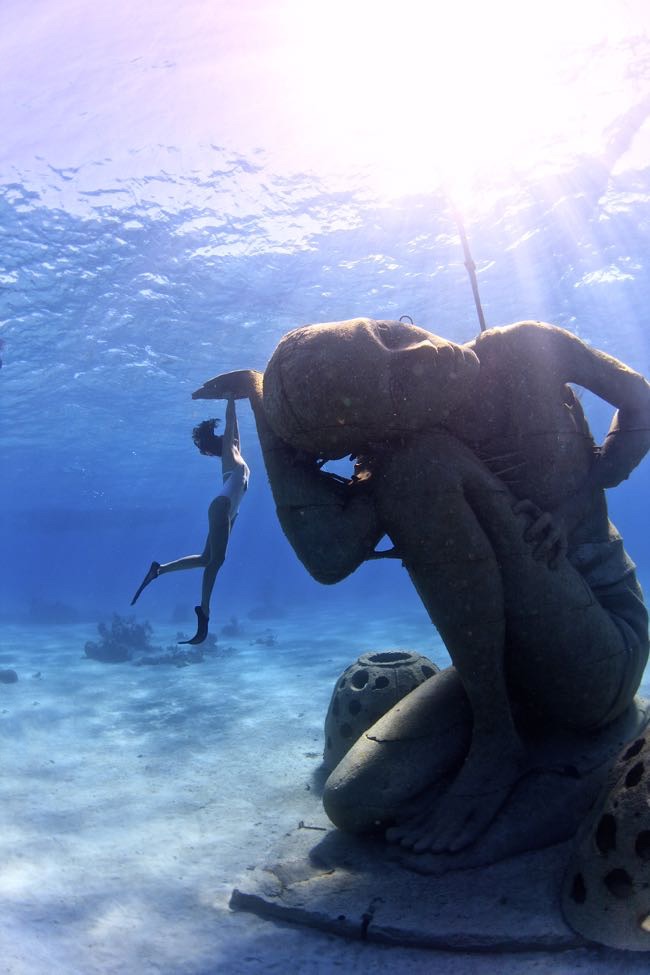 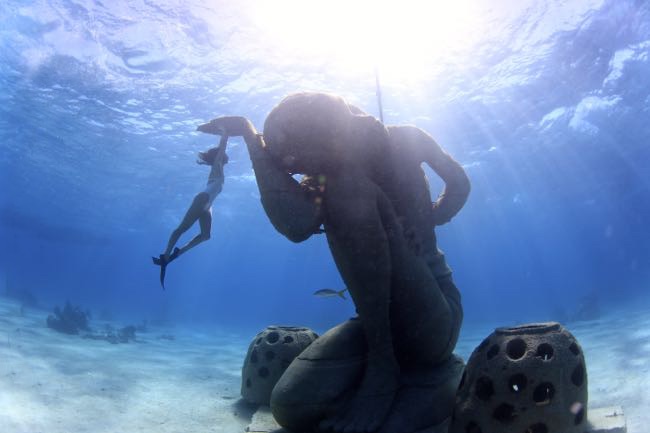 Much like the rest of the aquatic garden, Ocean Atlas was made using sustainable materials that are expected to weather hundreds of years. In learning such I think of the generations that will follow; our unborn children and their children’s children, and I find some peace of mind in knowing that of the many reefs we’ve dove in our lifetime these man-made reefs, unlike countless others, will still exist for their eyes to see.

Photography: Lili Wagner | Swimsuit: Heidi Klein I Google Map
Special thanks to Stuart Cove and his team for navigating us and a boat-load of foreigners away from heavily tourist-trodden reefs.