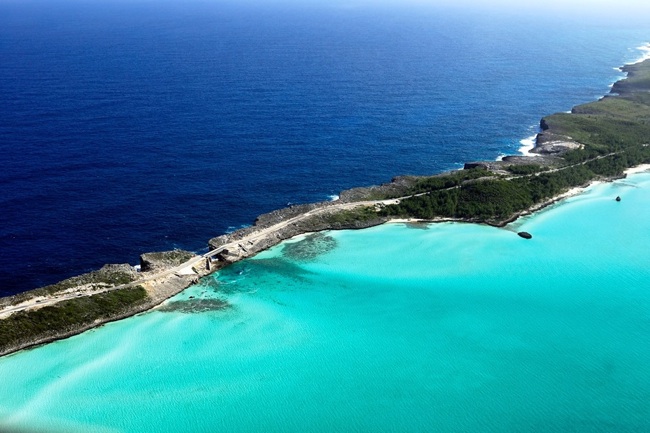 During our recent visit to the island of Eleuthera I realized that no matter the number of times we travel the length of the island, by land-air-or sea, I can never catch my breath as the deep blues of the churning Atlantic ocean and the turquoise shallow waters of the Great Bahama Bank come in to sharp focus. Especially at their most photographed meeting point, the Glass Window Bridge.

Known to many as the “narrowest place on earth,” the man-made bridge – situated a half mile north of the Queen’s Bath – was built to replace the natural limestone formation that once connected the spindly 110 mile-island. Mother Nature’s original bridge unfortunately having fallen victim to the harsh elements of one categorized hurricane followed closely by another. Thankfully though, this was many years after inspiring celebrated American landscape painter, Winslow Homer to put paint to canvas in 1895, then capturing the “Glass Window” and giving it its highly recognized name.  While it appears Homer’s painter’s palette wasn’t dolloped with such a stark contrast in hues, I imagine should airplanes have flown at the time then he, as countless artists since, would’ve been inspired to capture the melding of colours from a different angle, at a far greater height.