Getting from George Town to Stocking Island, by sea, requires climbing aboard a water taxi and navigating a spider-web of sail boats and anchor lines moored to the ocean’s floor. That’s of course should you not have a boat to call your own.

Crossing the bustling fifteen-mile-long-one-mile-wide Elizabeth Harbour, which separates the two islands, we pass Chat n’ Chill to our south and a coastline snaking along Great Exuma to our north. In short distance overhead the Salt Monument commands our reverence as it stands at 200 feet above sea level, dominating the highest point of the three-mile island. A seared tuna wrap at St. Francis Resort – our water taxi drop off point – is quickly consumed, for my thoughts are clouded with anticipation of our eventual hike to the nearby obelisk like monument. Whereas visitors to Chat n’ Chill and St. Francis Resort follow trails marked along a stretch of sand which hugs the Atlantic ocean, we climb aboard yet another boat, this however belonging to a dear friend. Upon docking on the western point of Stocking Island we begin our hike just as the sun dips and warms our backs. Arriving to the base of the monument I feel as though the wind was knocked out of me, literally, for Andrea and I sprinted to the top so as to catch the sun before it settles in to bed. Then again the 360-degree views from such a point can leave anyone breathless. Propped against the base, flattened so as to become one with a structure that can easily be considered a larger than life sun-dial, I look out to the horizon and wonder, how many early explorers spotted the once lit salt beacon and with a sigh of relief adjusted their sails? Then sailing in to the safe harbour where they would fill their hulls with salt produced on nearby Little Exuma and its greater counterpart. 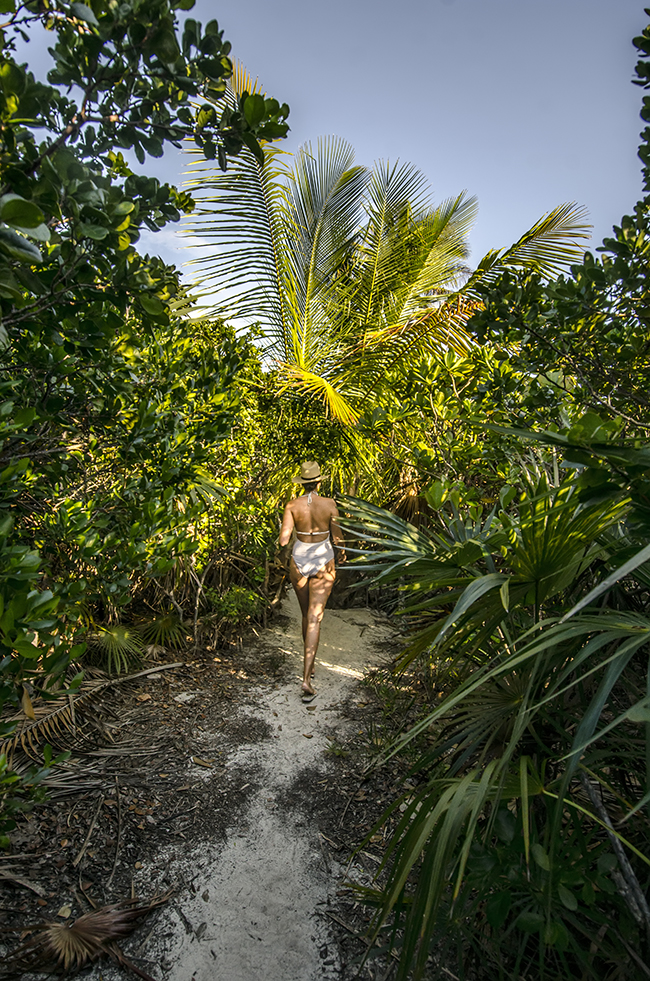 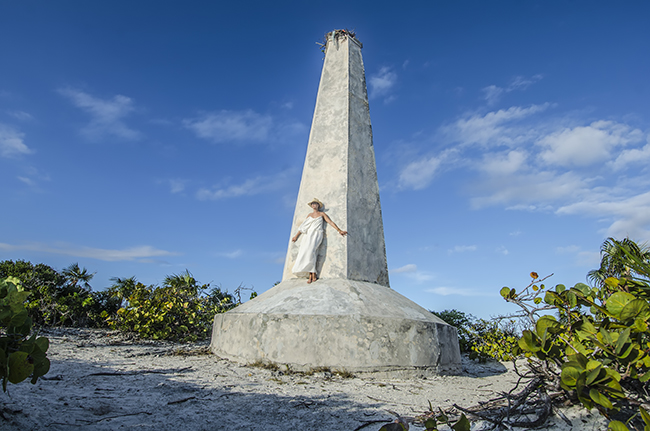 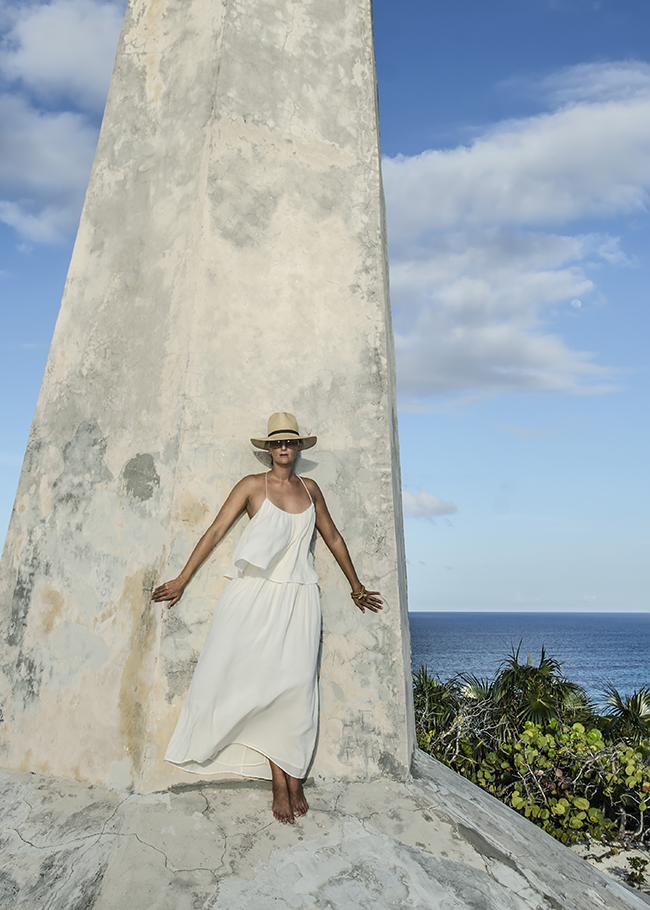