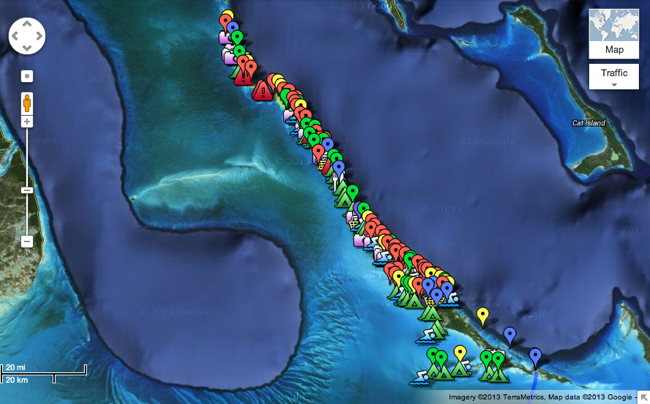 Traveling, by sea, from New Providence to Ship Channel Cay – the northern most island of The Exumas – involves navigating the yellow banks: A passageway of conflicting depths that indicate the temporal anomalies which lay further south among the Exuma chain of 365 islands, an archipelago often referred to as God’s country, for its beauty is unparalleled.

However, masked by its beauty are jagged reefs, protruding coral heads and shifting sand-bars. Many of which have claimed victim to the inexperienced sailor, and now and again even the salty old sea dog.

Whenever we explore The Exumas, by boat, we do so with eyeball navigation as our compass and with the knowledge that the sea takes its colour from the bottom, telling us where it is safe to travel and where the tide won’t play in our favour. We often praise or curse the sun, for she is most optimal at our stern, not casting cloud reflections in the shape of faux reefs when directly overhead, and feverishly distracting at our bow – blinding the network of obstacles which lay ahead.

That written, while the surrounding depths and shallows make for tricky navigation the same can no longer be said for the attractions which dot the 120-mile stretch of islands. For Out Island Explorers – a family owned business that offers an intimate exploration of the Exuma Cays via kayaks and 21′ Sea Pearl sailboats – have created a comprehensive Google Map, appropriately titled “Exploring The Exuma Cays“. Now even the less well-versed boater can discover islands patrolled only by iguanas and swimming-pigs, the best camping sites and snorkeling spots, and where an ocean “hot-tub” and blow-hole exist.