Should you have ever had the privilege of sipping on a cocktail at the exclusive Lyford Cay Club then you have likely tasted the tangy sweet froth of a Rum Dum blended by none other than its creator, bartender Wilfred Sands – who is a legend in his own right. With magazines such as The New York Times and Avenue going to great lengths to replicate what has always been a secret recipe, he is naturally among the bevvy of local bartenders who are in high demand. I would even go so far to say he is in the highest, having all but skipped retirement after leaving the Lyford Cay Club to join the new-to-the-scene John Watling’s Distillery. Let it be said, at the very least he raises the bar – pun intended – making him an Island Connoisseur in every way. 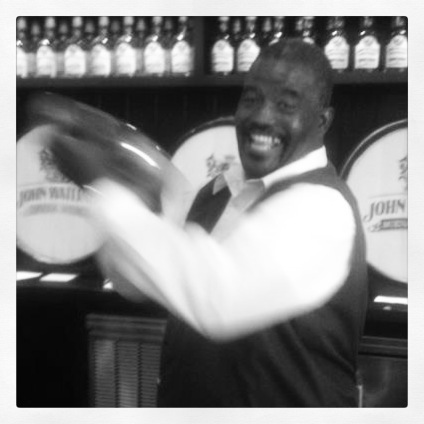 I began working when….
I was 18. In those days you didn’t go to college because like most, my parents didn’t have the money to send me to college. You had to go to work. Fortunately for me a gentleman by the name of Jack Kay, the golf professional at Lyford Cay, asked me to work there at the club. Five years later after having left I returned when I was offered a job as a waiter. A couple weeks went by and the manager came up to me and said, “you can do better in life, we’re going to make you a bartender.”

I learnt the trade…
From a book. Back in the day Mosley Bookstore was open down Bank Lane. When I was told I was going to be a bar waiter I went in the following day and purchased a book – a bartender’s guide. I studied it like mad. In those days we didn’t have computers, you couldn’t just pull up a recipe if you didn’t know how to make it.
So I kept the book under the cash in one of the old registers. Thinking about it, it really spoke of the time. If I didn’t know how to make a drink that was ordered I would refer to my book. Basically I was self taught.

I made the Rum Dum…
In year 1971. A man walked in to the bar and asked for a rum drink that was not overly sweet and could be served in a short glass. I got creative and the Rum Dum was born. It is now the most famous drink in Lyford Cay and it is beginning to be known as the most famous drink in The Bahamas – as it is served at John Watling’s Distillery but with ingredients that come from the on-site distillery.

Most don’t know this…
The Rum Dum was originally called a “Rum Runner”. It changed after a contest was held to come up with a new name.

My favourite drink, other than the Rum Dum…
Is the one I took to Taste of the Caribbean Culinary Classics competition in 2010 with the Bahamas Culinary Team.  It’s a non-alcoholic drink called the “Sweet Island Gal”.  At the competition I said to the judge, “My next drink is going to be the ‘Island Gal’ – it’s sweet.” He said, “You must mean Island Girl” to which I replied, “No, no – I’m an island boy so it got to be island gal.” We placed gold in that competition. 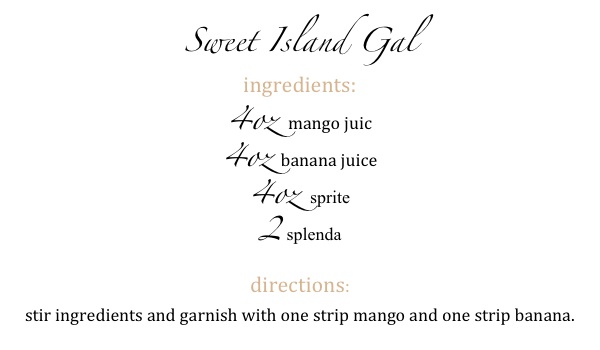 My favourite rum is…
What I drank for 40 years. White Bacardi with Diet Coke. I’m going to be honest with you, the rum of John Watling’s Distillery comes close and I don’t say that because I work here.

My favourite musician is…
Peanuts Taylor. I was fortunate enough to work at the Drumbeats Club in the Nassau Beach Hotel in the late 60’s early 70’s. He to me is one of the greatest entertainers.

My Island Personality is….
Can’t really say as I am amazed by them all. Every one of them is unique in their own way. Eleuthera is beautiful because of its beaches. Cat Island is amazing because of Mt. Alvernia. Then there is arriving in to Inagua and seeing the sun cast its rays upon the mountains of salt, it is gorgeous. Then if you have the opportunity to travel over to Cat Cay, from the swimming pool there, you look on to Kitten Cay and see casuarina trees on the western tip of the island where the sun sets. Oh lord it is beautiful to watch the sun shine through those trees. Then you go in to North Andros, and looking over the cliff there at Morgan’s Bluff in to the ocean, it’s just stunning. That’s why I say every island I’ve been on, and I think I’ve been on most of them, are all unique in their own way. There is not one more than the other that speaks to my soul. Though the most beautiful sight I ever did see in my entire life was when I was on the mail-boat some 25 years ago. We were going from Acklins to Inagua and while looking off the bow of the boat I saw two turtles swimming, two dolphins jumping and two flamingos flying – all at the same time.

I would recommend tourists visiting Nassau, New Providence….
To discover the “new” Nassau – the revitalized Nassau. Walk the streets and narrow alleyways of downtown. Visit Graycliff’s chocolate factory. Then pop in to the National Art Galley of The Bahamas, which is just down the road. After that take a stroll down to Virginia St. and visit the D’Aguilar Art Foundation. Take in an experience that has just come in to existence and sip on some rum at John Watling’s Distillery, of course after taking a tour. Lastly I would say to head back down the hill and walk Pompey Square.

Thank you to Wilfred for being a part of The Experience,