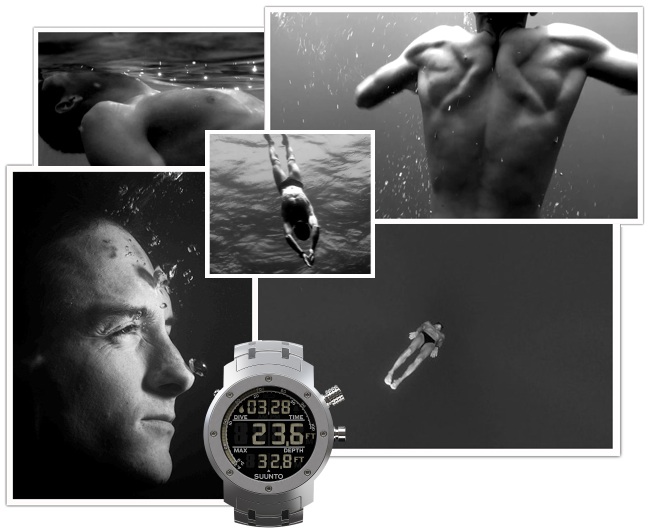 I first learnt of the Vertical Blue Competition after attending last year’s Bahamas International Film Festival and seeing Breathe – a documentary filmed by 9-Time Emmy Award-winning ESPN producer, Martin Khodabakhshian – which follows in the wake of 15 time world record holder, free-diver, William Trubridge. The film which takes the viewer to the depths of Dean’s Blue Hole -the world’s deepest – does so in search of man’s physical and mental limits, begging to question why risk it all on one, single, breathe? Inspired by the protagonist, and as the competition is held on an island only 165 miles south east of New Providence – a distance incomparable to what Trubridge has achieved – I will travel to Long Island next month to attend the competition. But, not before asking him whether there is a depth deep enough?

When I discovered I could hold my breath longer than normal my first thought was. . .
Can I hold it even longer than that?  It’s never been so much as comparisons for me.  It doesn’t matter so much what everyone else is doing, or what ‘normal’ is – I will always be trying to improve on my performance to be the best I can.

My favourite free diving location is. . .
Dean’s Blue Hole, on Long Island in the Bahamas of course.  It really is ideal for our sport – there is nowhere else on earth that has such perfect, protected conditions for deep water.

Never be afraid to. . .
Laugh at your fears.

Is there a depth deep enough?
I can’t presume to know what I will be capable of in the future.  Suppose I said that a certain depth was deep enough – if I then reached that depth I would inevitably stop there, but I might have been capable of more.  The only way to really discover your potential is to see it as an unbroken road stretching off into the distance, and to set about walking it one step at a time.

I’m thinking the moment before my descent. . .
That it is ‘just another dive.’  One of the hardest things about free-diving is convincing yourself again and again that what you’re about to do is possible. The devil’s advocate in the back of your mind is always going to try and talk you out of it, and you have to continually develop ways of outwitting that voice, or at least ignoring it.

My daily routine while on the island is . . .
Most days I wake at 7a.m. and have breakfast before starting to prepare for my morning training session in Dean’s Blue Hole.  I dive and do training exercises there before returning and working on business and media responsibilities in the afternoon.  Most evenings I train again with dry exercises like yoga or breathing exercises.  We normally eat at home, with fresh fish that I’ve caught spearfishing, and food from our garden. Then I like to get cosy with Brittany and watch a film or play a game of scrabble.

My favourite spot on Long Island to practice yoga is. . .
A special sandstone rock on the Atlantic side of Mangrove Bush.

I think free diving should be an olympic sport. . .
Since it is the only purely aquatic sport – all the others take place on the boundary between air and water, and are thus semi-aquatic at best – and thus the only real measure of human aquatic potential.

Vertical Blue is. . .
A free-diving school on Long Island and an annual international free-diving competition that takes place in November in Dean’s Blue Hole.

My Island Personality is. . .
There have been a lot of islands in my life. I was born on the island of Britain. As a toddler I and my family sailed through the windward islands of the Eastern Caribbean, the Pacific Islands, and I was bought up in New Zealand.  So I feel perfectly at home amongst the Bahamian islands, and of course Long Island is where my heart is now.

Thank you to William for being a part of The Experience.