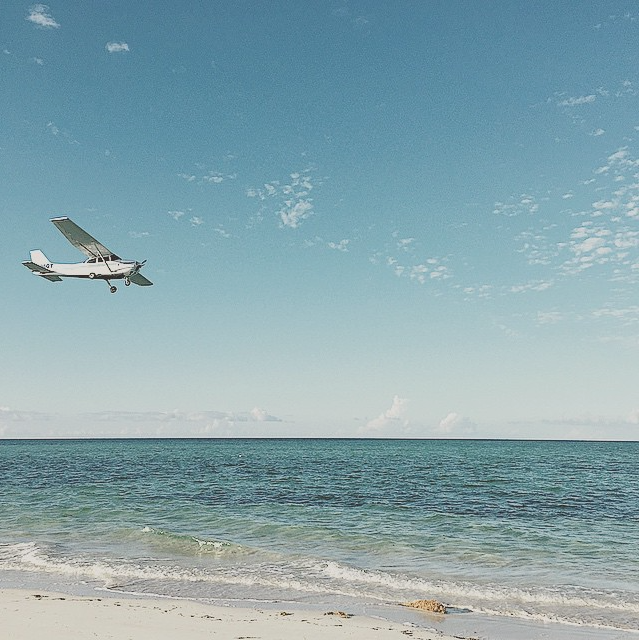 Before the much delayed, much controversial, and much updated Marsh Harbour International Airport opened on mainland Abaco, the terminal was a single-room arrival and departure lounge which housed a handful of check-in desks. It was a scene similar to the one seen in many out-islands of The Bahamas, especially those located furthest from our northern neighbours. It was an airport I once flew in and out of frequently for months.

And it was the airport where my sweet friend briefly interrupted a plane’s initial ascent.

Given the modest size of the airport, and the mandatory hour before check-in, a friend and I popped into a nearby bar a few steps away. With a direct line of sight of inbound and outbound flights we sat and chatted, both simultaneously sipping on our local libations in-hand. Like a voice over an intercom, the sound of propellers announced our plane’s arrival. Hurriedly grabbing our bags, in minutes we were climbing the steps to our short 35 minute Nassau-bound flight.

Seated and settled, propellers whizzing through the air, the plane pulled from the gate to enter a runway over 6,000 feet long. It’s then, with a worried look upon her face that my friend turns to me, “I forgot my mobile!” she says. “Go get it.” I all too casually suggest. Slightly shocked at my suggestion, as am I, she sheepishly flags a stewardess who returns her request with a wild look in her eyes. Following a brief pause of hesitation, the captains are alerted, the left propeller is promptly switched off, and the flutter of fabric mimics her movements as she flees.

Back on-board, slightly sweaty, and terribly embarrassed, applause mutes the sounds of laughter, and looking from one passenger to another, “only in The Bahamas…” our amused looks seem to say.