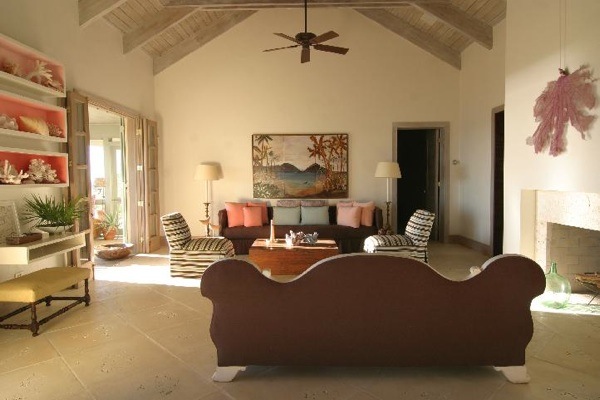 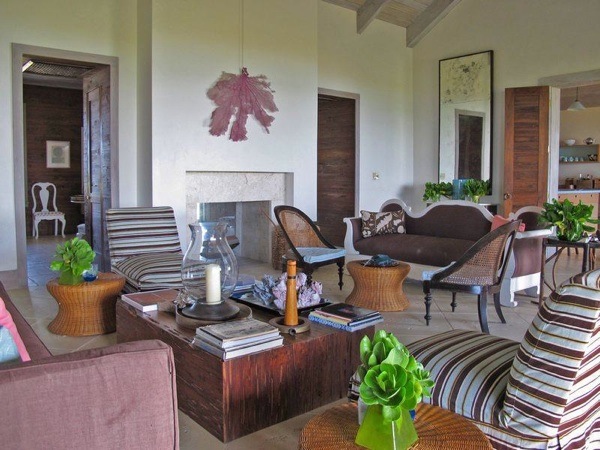 Like most, I am always on the hunt for inspiration. Constantly clipping images, words, phrases and bringing a world which seems so faraway to a small dot of an island with modern day clipping, also known as pinning. Naturally, I am also somewhat of a collector and as of late have become a curator of an overwhelming “shell shelf” brimming with washed-ashore finds or as I fondly like to call them, nature’s souvenirs. A short time ago though I found inspiration in the most unsuspecting place, a real-estate listing for a seaside home on Harbour Island, appropriately named Juicy Hill – a home later featured in the Paradise Found series, if for no other reason than it was designed by interior extraodinaire Tom Scheerer.

As the idiom goes the devil is in the details and the attention to such was not spared in any of the well appointed rooms. What most caught my eye though? Other than the light and the way it enveloped the room attention should be drawn to the giant floating sea fan, propelled midair above a faux fireplace, serving as an anchor for the east wall and the root of my DIY inspiration. I’ve always thought of sea fans as the ocean’s veins – given their parallelism to human’s – however when not naturally dressed in colour their intricate details can be overlooked. Not in this room though – where the light puts on a dance – inspiring me to select a place in my apartment where the light puts on an equally good performance, the eastern wall of my terrace. Casting shadows and creating natural contrasts the intricate details of the sea fans appear softer and harder depending where the light cast its glow and naturally, its receding shadows. While I cannot take the praise for the colour of the resulting wall, I must say it is similar to the colour seen in the ombre shelf case, clearly great minds think alike.

What you’ll need from the tackle box – 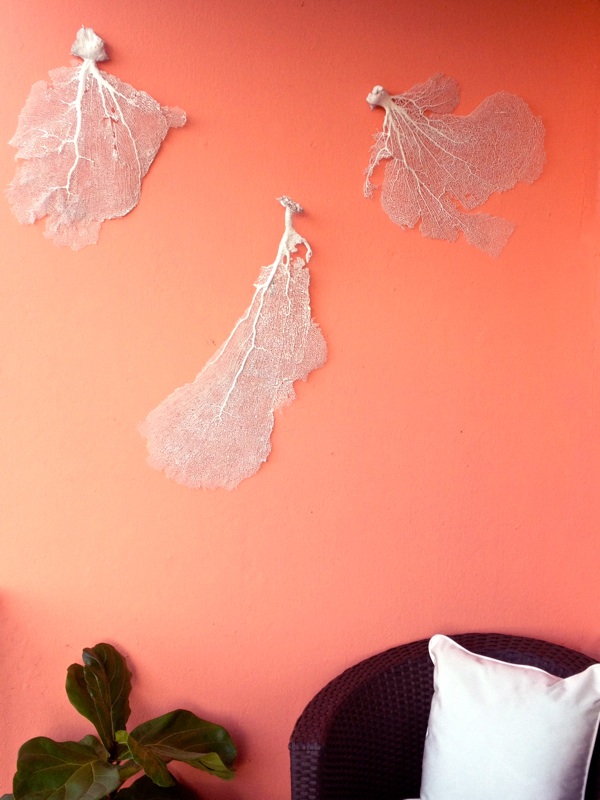 Tell me, are you inspired?

P.P.S. A very important note from BREEF, Bahamas Reef Environmental Education Foundation – Sea fans are protected by Bahamian law “It is illegal to uproot, take or destroy any coral.” While live sea fans and other corals must be protected, sometimes storms will dislodge sea fans and wash them up on the beach. Washed up naturally by storms, they are fair game for creative art projects. BREEF encourages everyone to respect our fishing regulations and also leave living shells and starfish in the ocean for everyone to enjoy.